Spitfire MkXVI based at Archerfield

Spitfire MkXVI based at Archerfield

Fly beside this Spitfire, in formation!

You and your friends fly in another twin engine or turbine aircraft that we operate in formation (flying close to each other, at a distance of 5-10m). Up to eight other passengers at a time. We operate these Special Flights once monthly.

About the Supermarine Spitfire: The Spitfire was designed as a short-range, high-performance interceptor aircraft by R. J. Mitchell, chief designer at Supermarine Aviation Works, which operated as a subsidiary of Vickers-Armstrong from 1928. Mitchell pushed the Spitfire’s distinctive elliptical wing, designed by Beverley Shenstone, to have the thinnest possible cross-section, helping give the aircraft a higher top speed than several contemporary fighters, including the Hawker Hurricane. Mitchell continued to refine the design until his death in 1937, whereupon his colleague Joseph Smith took over as chief designer, overseeing the Spitfire’s development through its multitude of variants.

History of Spitfire Mk.XVIe TE392 based at Archerfield

This Spitfire has an itinerant history, rarely staying in one place for long during her time with the Royal Air Force. She rolled off the Vickers-Armstrong production line at their massive facility in Castle Bromwich at wars end during the spring of 1945.

The Royal Air Force took delivery of TE392 at RAF Cosford with No.9 Maintenance Unit on June 15th, 1945. She remained here in storage until February, 1946, when she emerged to undergo preparations for service with an active squadron.

The Spitfire joined No.126 Squadron at Hethel, Norfolk on March 8th, but oddly enough, 126 stood down just two days later, so TE392 moved on to No.65 Squadron two weeks later. However, this squadron was transitioning to the de Havilland Hornet, so the Spitfire joined No.164 Squadron at RAF Middle Wallop on August 29th, 1946. But just two days after having joined 164 Squadron, the RAF re-numbered the unit to No.63 Squadron!

TE392’s next home was with an Army co-operation unit, No.595 Squadron at RAF Pembrey in Wales, where she moved on May 13th, 1948. Continuing the fighter’s gypsy-like lifestyle, 595 Squadron moved to RAF Horsham St Faith in Norfolk, East Anglia just two weeks later. This unit was also re-numbered, becoming No.34 Squadron on Valentines Day, 1949, but TE392 stayed with them until August 31, 1951, when she moved to Little Snoring to take up duties with Marshalls of Cambridge, a civilian organization under contract for Army cooperation duties.

She formally retired from her military flying career in September, 1952 when the RAF relegated the airframe to ground instruction duties at RAF Church Lawford. After serving in this role at various locations for the next few years, the fighter went on display atop a pole at RAF Kemble, in September, 1967.

The RAF then moved the aircraft to RAF Hereford in February, 1970, again for pole-mounted display. Here she stayed until 1984, when the British Ministry of Defence traded her to well-known warbird collector, Doug Arnold in exchange for North American B-25J Mitchell 44-29366 which the RAF Museum acquired for display at their Hendon campus.

Doug Arnold was well known for his penchant for Supermarine Spitfires, with several dozen having passed through his hands over the years. He sent TE392 for restoration with Aerofab in Thruxton, Wiltshire, and had the aircraft converted from her original low-back configuration, with its bubble top-cockpit canopy, into a high-back variant more traditionally associated with the type.

This work took a long time, and was incomplete by the time of Doug Arnold’s death in 1992. As with many of the other aircraft in his possession at the time of his death, TE392 was shipped to the USA for storage.

Following its sale in 1995, the Spitfire’s restoration recommenced at Harry Stenger’s shop in Bartow, Florida. While the aircraft changed hands a couple of times in the interim, the restoration work continued in Bartow, and by the time of its first flight on December 24th, 1999, with Eliot Cross at the controls, TE392 now belonged to the Lone Star Flight Museum (LSFM), then in Galveston, Texas. Interestingly, considering yesterday’s story about the Pima Air & Space Museum’s recently refurbished Hawker Hurricane, LSFM restored the Spitfire to represent one which the Texas-born RAF Ace Wing Commander Lance Wade flew with No.145 Squadron in Italy during WWII.

The aircraft flew on the US air show circuit for the next few years, but then Hurricane Ike blasted through the Texas coast in September, 2008. While many of Lone Star’s airworthy aircraft were able to escape to safer locations, sadly TE392 was still inside the museum’s hangar when the sea water flooded in, dousing the Spitfire in salt water, and pushing it into other airframes.

Lone Star sent the bedraggled fighter to Ezell Aviation for some TLC following the deluge, and she regained her certificate of airworthiness in January 2010. The museum sold the fighter in December, 2017, and she moved to her new home Australia.

Bishop Aviation Pty Ltd placed TE392 on the Australian civil registry as VH-XWE on December 2nd, 2019. They have repainted her to represent a Spitfire flown by the legendary Australian ace, Frederick Anthony Owen Gaze, (Tony Gaze) who is credited with shooting down 13.5 enemy aircraft over Europe – including both a Messerschmitt Me 262 and Arado Ar 234!

The Spitfire is expected to take part in flying activities with Fighter Pilot, an organization which operates a small fleet of vintage warbirds out of Archerfield Airport in Brisbane, Queensland. Long may she fly! 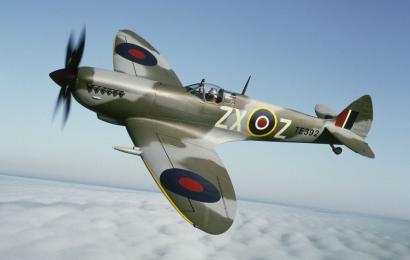 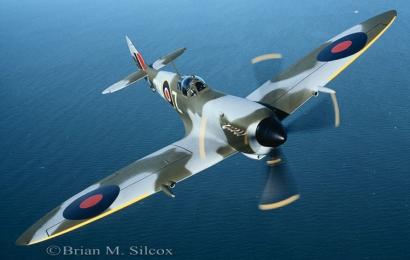 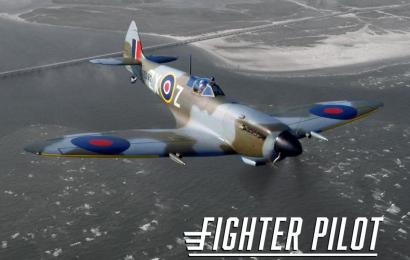 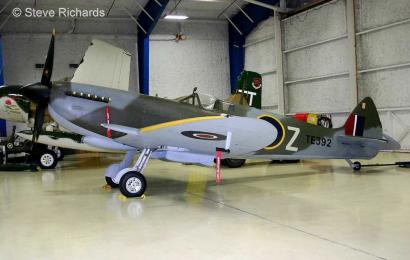