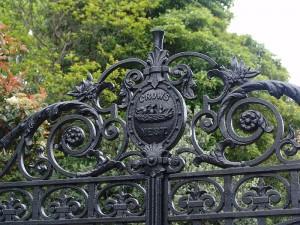 The Crows Nest House Gates were once part of the house and gardens on this site built by Alexander Berry, a business partner of Edward Wollstonecraft.

The name â€˜Crows Nest' comes from the crows nest of a ship, as the cottage\'s position enabled them to see long distances.

Crows Nest House was completed in 1850 and was lived in by Alexander Berry until his death in 1873.

Alexander Berry was a former ship\'s surgeon and master and later became a Member of the Legislative Council. His estate passed to Sir John Hay.

After the deaths of Sir John and Lady Hay, the property was subdivided and the house unfortunately demolished. A school was built on the grounds of Crows Nest House (now North Sydney Demonstration School).

You will note a number of streets in the area are named after these early residents, such as Berry Street, Edward Street and Hayberry Street"""
Type
Business Listing
Map Directions