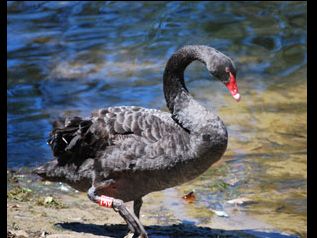 Black Swan Lake is a freshwater refuge and man-made haven for swans, ducks and migratory birds, along with tortoises and other local species. Black Swan Lake was recently saved from being 'filled in' by the Gold Coast City Council, through public action rallied and supported by research from Wildlife Queensland.

THE BATTLE to save Black Swan Lake on Queensland’s Gold Coast has been won, following a 13-1 vote in favour of retaining what remains of the lake.

At a full Gold Coast Council meeting on October 29, 2019, all councillors except the city’s Mayor, Tom Tate, voted to retain the remaining undeveloped section of Black Swan Lake. This vote ensured the last remaining section of the lake – about 20 percent of its original area – would be protected and maintained.

Gold Coast Council had previously given approval for the entire lake to be filled in to provide car parking for the Gold Coast Turf Club.

Hailed as a victory for wildlife, conservationists and the Gold Coast community, the landslide vote was the culmination of a five-and-a-half year-long marathon campaign by Wildlife Queensland Gold Coast and Hinterland Branch, along with community groups, to protect the 2.75 hectare freshwater lake, home to 40 species of wild birds and valuable regrowth bushland.

With about 20 percent of the original lake remaining, Wildlife Queensland Gold Coast and Hinterland president Sally Spain said Council’s decision had been greeted with relief by so many in the community who have defended it.

“Grateful thanks go to all who said, in one way or another, that to fill a lake, established over nearly half a century, with obliterating soil was wrong,” Ms Spain said.

“Many birds, turtles and other wildlife continue to shelter there, in the protection of the local bushland now designated under Council's new mapping as not ‘general priority but a high priority’.

“Sadly, not the whole Black Swan Lake remains but still a viable testament to its beauty and its sheltering waters, and to the strength of all those in the community who spoke for it,“ Ms Spain said.

How then could an established bird sanctuary and important haven for local wildlife be largely obliterated?

In 2014, Gold Coast City Council claimed that the lake was toxic and used that claim as one of the reasons why they wanted it filled in.

That claim has been refuted by three separate water quality reports commissioned by Wildlife Queensland and produced by the Bulimba Creek Catchment Coordinating Committee.

Council was presented with these reports. There was, however, reliance on a brief, unprofessional 2014 report by a New South Wales spotter/catcher who claimed to have found dead birds around the lake and made unqualified and untested claims that the lake was toxic.

Wildlife Queensland asserts that impact assessment studies should be mandated for a much longer time. Our longitudinal studies show up to 67 species.

What’s wrong with the legislation? The Environment Protection and Biodiversity Conservation Act 1999 (EPBC Act) was limited – the presence of one migratory bird should have been enough. Legislation needs to be improved to protect our native species.

While many birds remain, the flight path of the black swan can no longer grace the lake.

The future of Black Swan Lake

Our hardworking association is hoping that this battle does not have to be re-fought and that what’s left of Black Swan Lake remains the valuable jewel in the city’s crown. 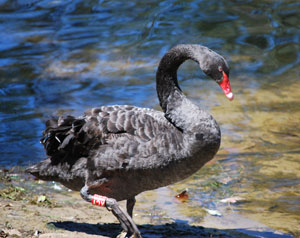 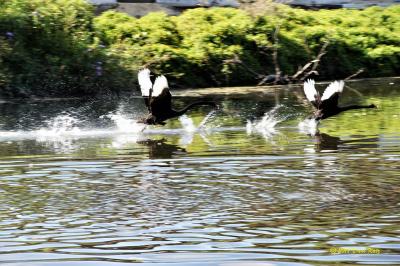 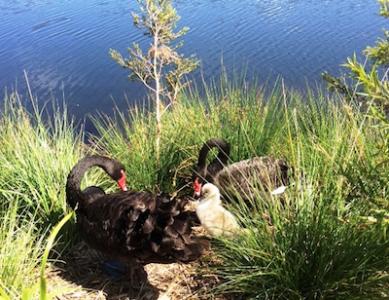