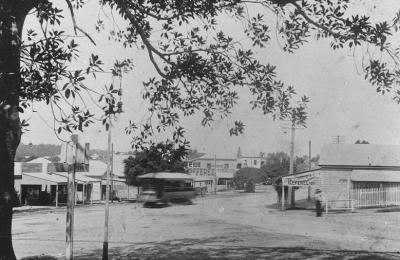 Annerley, an inner residential suburb, is five km south of central Brisbane. It is thought that it was named after the town of Annerley in Surrey, England.

The suburb extends southwards from Dutton Park (Cornwall Street) to an irregular boundary running east of Yeronga Park. It is bordered on the west by the railway line to the Gold Coast and is intersected by Annerley (formerly Boggo) Road and Ipswich Road.

In 1866 a hotel, the Junction was licensed at the corner of Boggo and Ipswich Roads, marking the beginning of Annerley Junction around which a shopping centre grew. During the 1880s the township took shape as closer-settlement increasingly displaced dairying. Urbanisation increased with the opening of the Boggo post receiving office (1880), establishment of the railway (1884), opening of a Methodist church (1885), rebuilding of the Junction Hotel and the opening of a provisional school (1888). The school was attended mainly by children from families on the recently subdivided Thompson Estate, immediately north-east of Annerley Junction.

A short way north a railway station was built at Dutton Park (1891) and on the western edge the Fairfield station was opened in 1896. It was the extension of the electric tram service, however, from Cornwall to Dudley Streets along Ipswich Road (1899) that changed the predominantly rural landscape into residential living.

Annerley was locally governed by Stephens Shire (1888 - replacing former divisional boards) which had its offices in Ipswich Road about 500 metres south of the Junction. Urban growth in the shire was clustered around the Junction and the Ipswich Road tramline which in 1914 was extended to Cracknell Road (Chardons Corner) where Chardons Hotel had been opened in 1893. Just up from Chardons Corner the impressive Catholic Mary Immaculate church and school were opened during 1913-17. The adjoining college opened in 1967.

A housing boom came in the 1920s, financed by private buyers, the Queensland Government\'s workers\' home scheme and war service loans, resulting in neighbourhoods of timber Queenslanders on 32 perch blocks or on consolidated 16 perch blocks. The population was numerous enough to support the much-loved Boomerang picture theatre (1924) owned by Roy \'Snow\' Fielding and, later, Fred Lunn\'s cake and pastries shop, celebrated in his son Hugh\'s memoir Over the Top with Jim.

Annerley, which had been chosen as the post office name for Boggo in 1892, originally had an irregular eastern boundary through Ekibin Park. The boundary was changed to accord with the route of the South East Freeway (1977) which cut through Thompson Estate. Ipswich Road was temporarily relieved of traffic and retained its Junction shopping area, where there is also a Council Library. The nearby drill hall (1914) is listed on the Queensland heritage register. Take-away food outlets are found further south toward Chardons Corner. 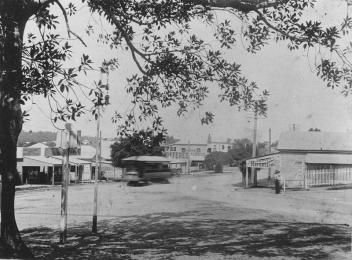